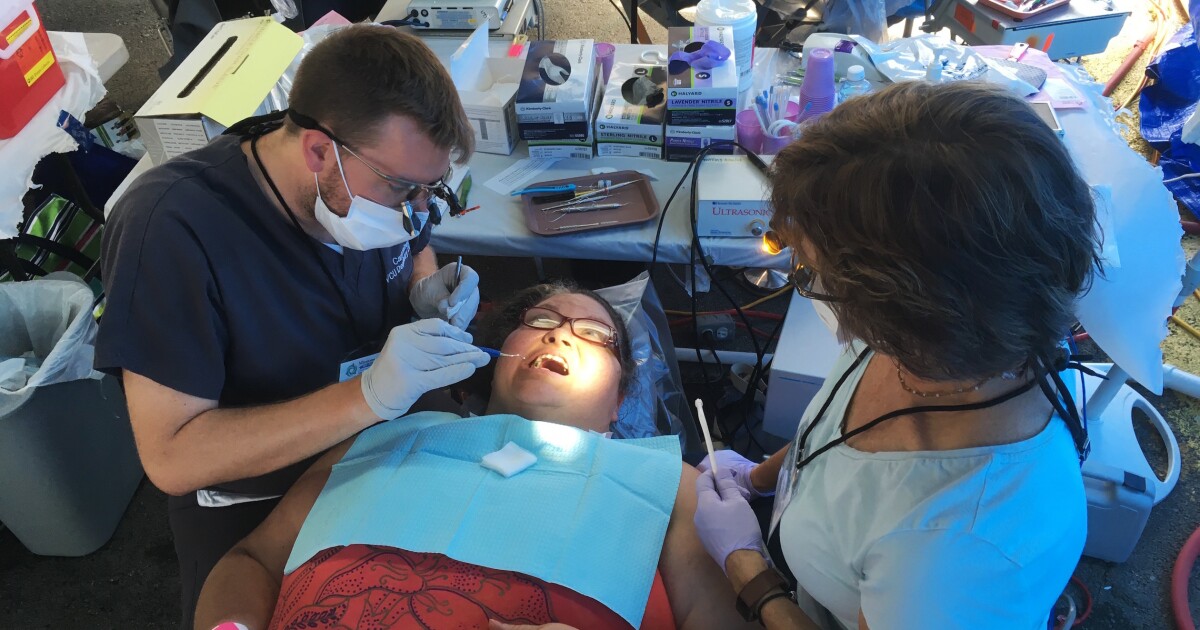 Until last summer, nearly 5 million Virginians did not have dental insurance. Medicaid extensions over the past year have helped, there is still a shortage of dentists in parts of the Commonwealth who are willing to accept low-income patients.

Last month, Virginia increased its reimbursement rate for dentists who accept Medicaid by 30%. “This is a big deal for the Medicaid program in Virginia, and the progress that many people have been working toward for a long time is increasing reimbursement for dental providers,” said Tara Quinn, executive director of the Virginia Dental Association Foundation. She said she hopes this change will encourage more dentists to accept Medicaid.

“The challenge remained that there is still a significant shortage of Medicaid dental providers in Virginia. And southwest Virginia is one of the hardest hit by this,” Quinn said.

To help those who cannot afford a dentist, the VDA Foundation runs free pop-up dental clinics throughout Virginia. Last month, they treated more than 300 patients at a pop-up clinic in Wise, under a project called the mission of mercy.

The VDA Foundation has also has help for people who need dental care before they can be cleared for hospital procedures, such as kidney replacement surgery or chemotherapy. They are also working to encourage more dentists to locate in low-access areas.

This report, provided by Virginia Public Radiowas made possible thanks to the support of the Virginia Education Association.