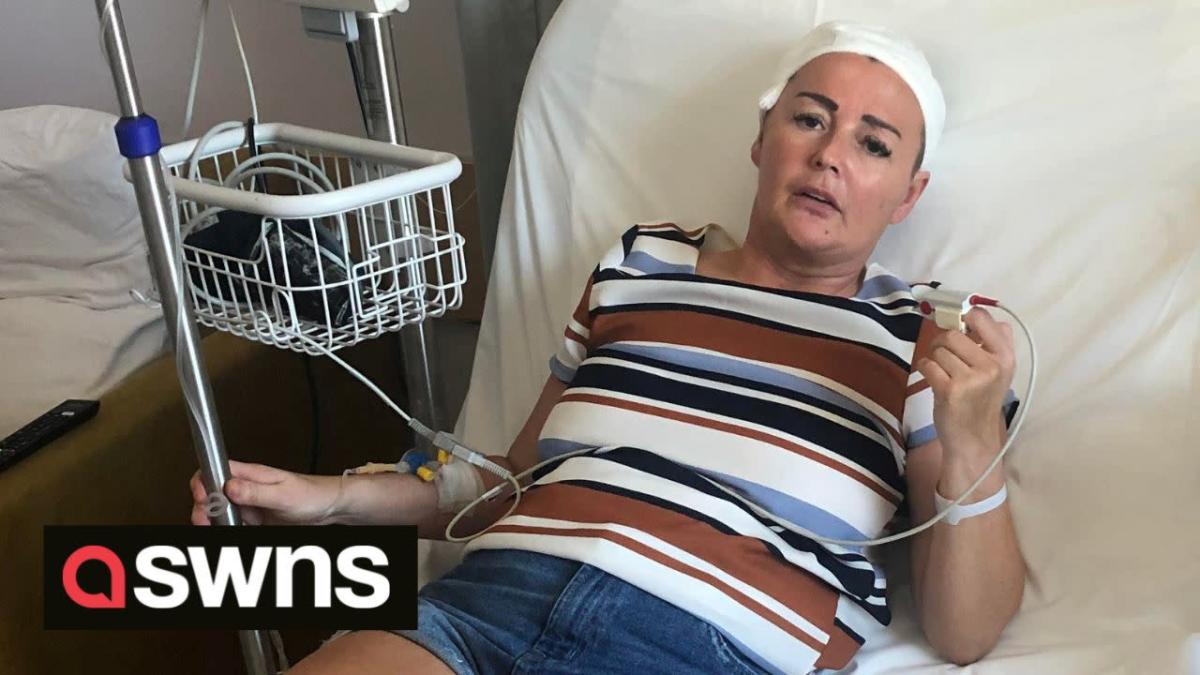 A mother who flew to Turkey for a dental check-up was rushed to hospital for a 1pm emergency operation where doctors discovered she had a fatal brain tumour.

But after she lost her balance and acted like she was ‘drunk’, her dentist told her to seek medical attention immediately – and she was then rushed to a nearby hospital.

The mother-of-two said doctors at the clinic first thought she was ‘possessed’ after her brown eyes turned ‘blue’ and rolled down one side of her head.

And when they did an MRI, they found a glioblastoma – an aggressive brain tumor the size of a ‘closed fist’ – and she was taken in for critical 13-hour surgery.

The mental health nurse had just a 25 per cent chance of survival, but she pulled through after surgeons stopped bleeding in her brain and removed most of the growth.

And although Lisa felt ‘delighted’ after waking up, she was then hit with a £55,000 bill because her health insurer, Axa Partners, refused to pay for her treatment.

When she returned to the UK on Wednesday June 13, doctors told her she had incurable stage four cancer, which had spread to other parts of her brain.

Lisa said: “I feel so frustrated. I am 44 years old and my life has changed in three weeks.

“At first I thought, ‘It’s a bit OTT. Why do I have to go to another hospital?’

“I certainly didn’t think for a minute that it would be cancer. But last night I was told the tumor was stage four, incurable.

She added: “My family knew about this as well while they were in Turkey, but they were told not to disclose it as it might cause me further distress.”